CAGAYAN DE ORO CITY: Two ranking communist New People’s Army (NPA) commanders and four others, along with their high- powered firearms, were captured in joint police and military hot-pursuit operations in Misamis Oriental over the weekend.

Lt. Col. Ricky Canatoy, commanding officer of the Philippine Army’s 58th Infantry Battalion, said on Sunday the operations were launched after an armed clash in the hinterlands of Gingoog City on Wednesday.

The gunbattle resulted in the death of Pfc. Janmar Dalugdog in Barangay San Juan. 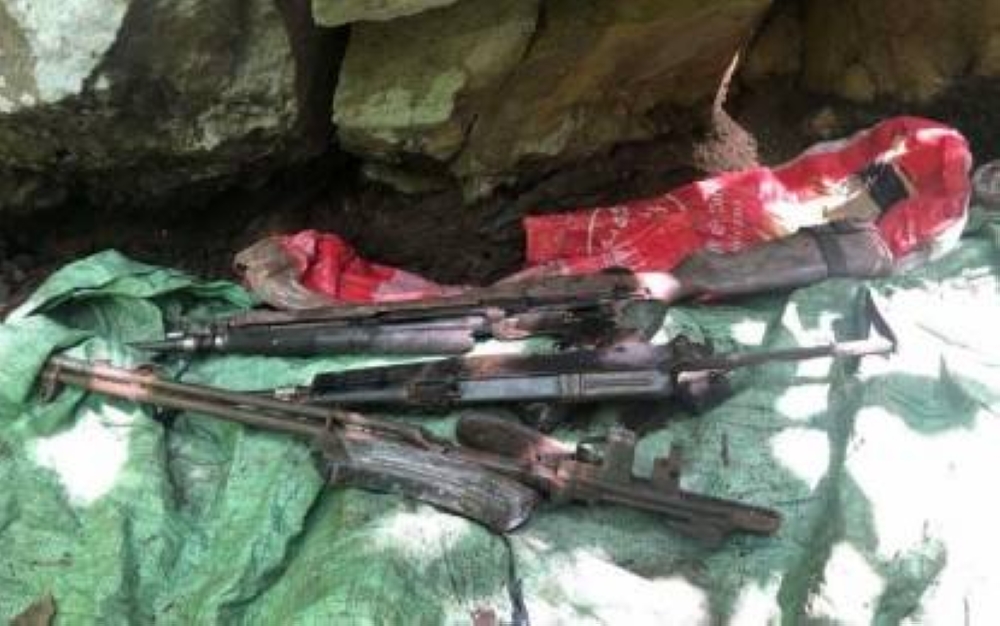 SEIZED. Photo shows the firearms recovered by troopers of the Army’s 58th Infantry Battalion (58IB) from two commanders of the New People’s Army and four of their comrades in Lagonglong, Misamis Oriental on Thursday (Oct. 15, 2021). The 58IB said the capture of the top NPA leaders entailed a major setback for the terrorist organization. (Photo courtesy of 58IB) via PNA

According to Canatoy, Rubensito was the commander of the Militia ng Bayan in Balingasag.

During the operations, the military arrested Jobert Hilogon, a member of Militia ng Bayan, as well as Alice Hilogon, Jocelyn Hilogon Cabusog and Reve, who were all residents of Barangay Banglay, Lagonglong.

The police took custody of the captured suspects, who were brought to Cagayan de Oro City for the appropriate filing of cases, Canatoy said.