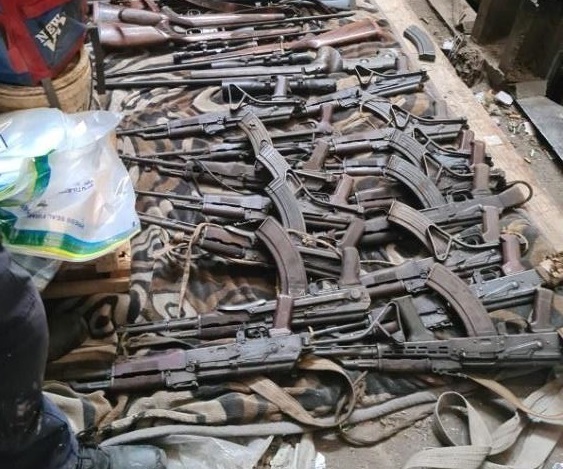 The Hawks in North West arrested 20 people and recovered rifles during a raid at a mine in Stilfontein.

Twenty people have been arrested by North West authorities for illegal mining, with charges ranging from violation of immigration laws and conspiracy to commit robbery and possession of unlicenced firearms and ammunition.

Several law enforcement agencies, including the National Intervention Unit and Special Task Force, arrested the group during a raid at an illegal mine in Stilfontein on Monday morning, weeks after investigations into alleged illegal mining activities in the area. Hawks pounce on illegal mining operations in the North West. Hawks members comb the scene of an illegal mining operation in the North West.

They are expected to appear in the Stilfontein Magistrate’s Court on Wednesday.

Mogale added investigations were continuing, and there was a possibility of more arrests and seizures. Police Minister Bheki Cele is expected to visit the area on Tuesday morning.